The relationship between the road surface and rolling resistance 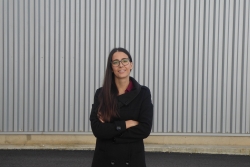 The rolling resistance of tires is a hot topic, but how does the road surface enter into the equation? Judith Bertomeu’s research team at Applus IDIADA investigated how a road’s texture, friction and profile affect rolling resistance.

What will you be speaking about at the conference?
Rolling resistance is a hugely important factor in a vehicle’s fuel consumption, so it pays to understand how various factors influence a vehicle’s real-world performance. One of the most important factors, aside from the tires, is the road surface, and to understand it we initiated an open innovation project with players from related industries.

To isolate as many external factors from our experiments as possible, we always tested with the same vehicle under the same conditions – just varying the road surface. This way we were able to isolate its influence on the experiment’s final results. We conducted a series of coast-down tests and the result was a low variation between tests performed on the same road, but considerable differences between tests performed on different surfaces.

The tests were classified according to three characteristics: texture, friction and profile type. After correlating all of them with each coast-down test’s results, we found a good formula that permitted us to reliably calculate the percentage of influence of each surface characteristic, with friction being the biggest.

Once we found that the road surface had a clear influence we decided to go one step further, by correlating the surface characteristics with energy demands. We were able to assign a coefficient for each surface characteristic, which, combined with other influence elements, conformed to a regression line equation that permits the prediction of a vehicle’s rolling resistance.

What will be the main benefits of the research? 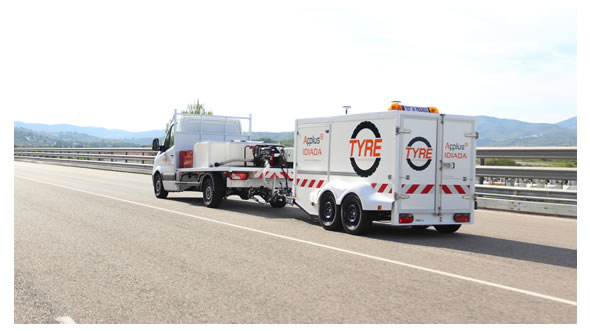 For IDIADA, one of the most evident benefits is to better understand and predict vehicle rolling resistance on different roads without the need to go out and do physical testing – a key advantage during the initial phases of new development projects. Furthermore, attributing a value of influence to each surface characteristic will enable better and more precise tire characterization. It allows us to provide even better engineering services to the tire and automotive industries.

While the tire industry will benefit the most from our research, there are many related industries that will also be able to take advantage of our findings. The asphalt industry could use it to develop asphalt types with a lower environmental impact, while public tenders could be evaluated on the basis of how much of an impact the proposed road surface has on rolling resistance.

What’s next for this research?
For any researcher, ‘What’s next?’ is a question that always comes up. As researchers and innovators – even before finishing our research – multiple scenarios for further investigation have already come to mind. We would like to expand the range of vehicles, tires, road surfaces and other variables tested. That will allow us to validate and improve our methodologies to acquire tire-asphalt rolling resistance know-how that’s unique in the world.

Our next goal is to develop a simplified road surface testing method, which would allow us to characterize any route with minimal resources. Our next step would then be to expand the characterization of routes to the country level.

Finally, combining our data on rolling resistance with traffic data would allow us to calculate how certain asphalt characteristics impact the overall traffic’s energy consumption. A large-scale project like that could yield some very interesting results.

Judith’s presentation will be part of the Tire Testing for the Next Generation of Vehicles stream on Day 3 of the conference. View the full conference program here.


Back to speaker interviews