Is the Velcro concept feasible for an alternative silica/polymer coupling? 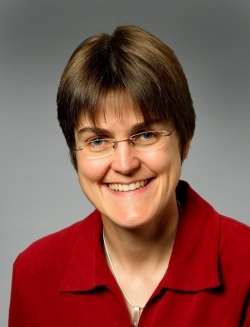 Dr Anke Blume, professor of elastomer technology and engineering at the University of Twente, provides a progress update on the new silica/polymer coupling concept that she presented at last year’s conference. The Velcro-inspired coupling concept has the potential for a higher reinforcing effect and better abrasion resistance, as well as easier recyclability. This year, she will present the results of the first in-rubber tests.

What will you speak about at the conference?
I will give the audience an update on the novel silica-polymer coupling concept that we’ve been working on at the University of Twente. The traditional silica/silane/polymer coupling has one weakness: if the chemical bond breaks under external deformation, there is no way to get it reconnected. We were considering an alternative coupling mechanism that would also have the ability to be reconnected when we stumbled upon our current concept in nature: why not implement a supermolecular hook-and-loop fastener, comparable to what we all know as Velcro? The main idea of a Velcro-type coupling is the connection between two different materials via a hook-and-loop-fastener, a kind of molecular mechanical interlocking system by way of a hook that is added to the silica.

What would be the practical benefits for tire performance?
If we succeed in fully developing this new system, we will be able to combine the advantages of the interaction between carbon black and the polymer with the advantages of the silica/silane system. In other words, we expect to create a system that benefits from both a higher reinforcing effect and better abrasion resistance. The silica/silane system is known for its improved wet traction and rolling resistance compared with the carbon black system, but it suffers from lower abrasion resistance. The new coupling system might overcome this disadvantage. Furthermore, we can expect much better recyclability compared with the silica/silane system.

You first presented this concept last year. What advances have you made since?
Last year, I presented the first full process for the modification of the silica. We were able to successfully implement oligomeric brushes at the silica surface by a grafting, branching and hydrogenation process. I finished my presentation last year with the promise that I will come back this year to present the in-rubber properties of this material.

Since the 2019 Tire Technology Expo Conference, we have improved the modification process by adding a further shielding step for the remaining silanol groups at the silica surface. We have calculated the solubility parameters of these oligomeric chains and found that they are very similar to the solubility parameters of the SBR that is typically used in green tire tread compounds. This means that the modified silica is very compatible with the polymeric phase.

After this came arguably the most important step: we managed to produce a sufficient amount of modified silica for in-rubber tests. We tested the modified silica in a typical green tire tread compound and compared it with a typical silica/silane formulation and with a compound that was filled with silica but without silane. We were very pleased to see that the rubber compounds with the modified silica showed improved mechanical performance compared with the reference with silica. In addition, we measured the Payne effect, which delivered a clear indication that the principle of the alternative coupling idea works, giving a solid proof of concept. The rubber with the new modified silica did not yet match the performance of the silica/silane reference material, but given that this was only our first try, we weren’t expecting it to.

What’s next for this research?
We have several ideas for improving the system further. The thiols we used for the modification have a risk of breaking during vulcanization, which reduces the total amount of successfully modified silica after the vulcanization. Therefore, we are now developing an alternative process where we avoid the use of monosulfidic bridges in the oligomeric brushes. We are very curious about how these new types of modified silica will change the in-rubber performance.

Dr Anke Blume’s presentation will be part of the continued Understanding the Role of Polymer, Filler and Compound Additives stream on Day 2 of the conference. View the full conference program here.

Back to speaker interviews