Extending the life of curing bladders 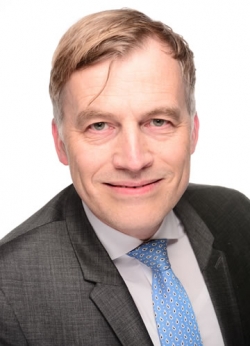 What will you be speaking about at the conference?
Tire curing bladders are a big investment, so maximizing their service life can make a considerable financial difference to tire manufacturers. Ensuring the bladders last as long as possible heavily depends on being able to stave off cracks in the rubber. Due to the extreme temperatures and repeated flexing cycles bladders are exposed to during service, widely used low-molecular plasticizers tend to gradually migrate out of the bladder. This loss of softener in turn leads to increased stiffness, progressively compromised physical properties, and ultimately cracking. Cracks in bladders rapidly lead to catastrophic failure and associated loss of productivity.
Over the past decades, the expected lifespan of a curing bladder has increased, bringing the problem of plasticizer migration into focus. Castor oil is still the most popular plasticizer, so at the conference, I will present Struktol’s new alternatives, Struktol HT 815 and Struktol HT 820.

What is the background to this issue?
Castor oil is a very traditional plasticizer, often cited for use in bladder compounds. The material was first mentioned in a patent granted to Goodyear in the year 1962, where castor oil was put forward as a replacement for mineral oil plasticizers. The patent claimed an extended service life because incompatibility with the non-polar butyl rubber matrix was found to facilitate release from the cured tire after completion of the vulcanization process.

Almost 60 years after the Goodyear patent application was filed, castor oil is still in use in the vast majority of modern bladders. In general, the ingredients in bladder compound recipes have not changed significantly. However, in recent years, external bladder coatings and paints on the inside of the tire have been introduced into the tire production process. These products further improve the release of the cured tire, thereby extending the bladders’ service life. On the flip side, with the longer service life, migration and evaporation of the plasticizer make themselves felt and become a problem.

Tell us more about the new plasticizers.
Unlike castor oil, Struktol’s new plasticizer products, HT 815 and HT 820, were developed specifically for curing bladders and as such contain reactive functional groups that have the ability to participate in crosslinking to the rubber matrix. Furthermore, their polymeric structure slows migration at high temperatures over long periods of time. The combination of these two structural parameters greatly reduces plasticizer evaporation.

In our tests, both the full replacement of castor oil with Struktol HT 815, and a blend of Struktol HT 815 with 3PHR castor oil offered reduced flex crack growth rate for both steam- and heat-aged specimens compared with the control compound, which contained the typically used 6PHR castor oil plasticizer. These benefits can be attributed to lower plasticizer volatility, leading to a reduced stiffness increase, which in turn translates into superior flex fatigue resistance.

What are the challenges with this technology and how are you solving them?
Tire curing bladders are subjected to repeated flexing cycles. The material therefore requires excellent tension set properties to maintain performance during the bladder’s lifetime. Since our plasticizers participate in the crosslinking process, the hardness and modulus properties can be slightly impacted, which may reduce the tension set performance.

Normally, the tension set would be related to the flex fatigue – as measured using the DeMattia test. However, thanks to the novel chemical structure of the new plasticizers, we have been able to decouple this relationship – truly a breakthrough. The result is similar tension set behavior, but with noticeably improved flex fatigue properties compared with compounds using castor oil.

Volker’s presentation will be part of the New Materials for Tire Performance Improvement stream on Day 2 of the conference. View the full conference program here.

Back to speaker interviews